Failing Forward: Why Every Draft Counts 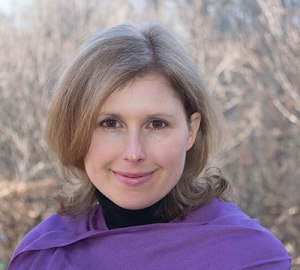 In 2005, I wrote my first book—a horror thriller about a deranged clown who takes a group of modeling-agency students hostage. Over the course of a day, he kills them as they strike poses on the catwalk, certain the most beautiful pictures they’ll take are their last.

It was fun to write, and several friends enjoyed reading it. At the time, I met with a critique group who gathered twice monthly around our leader’s dining room table. Between drinks and snacks, we scribbled notes to each other based on lively discussions about characters that worked and plots that didn’t. Most of our members were working on short pieces for publication or MFA applications. They’ve all gone on to do amazing things and I feel grateful to have worked with them. There was only one problem: the group had never workshopped a book and neither had I.

Feedback on my manuscript was slow and contrary. The most frequent comment I received was a discouraging, “meh.” I muddled through a second draft based on their single-chapter reviews and tried to address their every whim. My energy flagged as I forced myself to find a pleasing narrative arc. A year into revisions I quit. The draft exists on my hard drive, but that’s it. From a commercial perspective, the project is a total failure. Unfinished. Definitely unpolished. Probably not even that good. For a while (okay, maybe a few years), I lamented my inability to finish the book. Sure, other projects had stalled, but this one had taken up years of my life and all it’s done is collect virtual dust.

Thirteen years later, I’m grateful to that failed project. It taught me everything I needed to know about how to write a book. Those devastating “mehs” became the fuel I used to find my voice. Along the way, I realized writing fiction shielded me from the true stories I was afraid to tell—the ones that came more naturally if I gave myself permission to write them.

In 2015, I attempted a second book—this time a memoir about how I believed carrying my belongings across a divided highway at seventeen would save me from the people who had loved and hurt me most. As I sat at my writing desk, I was terrified by what I might discover—or feel—but I never worried about whether I would finish. That 250-page failed killer-clown manuscript proved I could break the first-draft barrier. It also taught me about the second-draft blues, and the importance of choosing critique partners who understand long-form writing and finding beta readers who will read your entire manuscript. Most importantly, I learned I could let a project go and write again.

My second book has gone through eight full revisions. When agents praised my writing but said my narrative arc needed work, I sought editorial advice on the entire manuscript. While I waited, I recorded the lessons I’d learned about how to heal, how to write about trauma, and how to persevere. I also started a new memoir about how traveling with a heavy metal band into post-Bosnian-War Yugoslavia helped me survive my brother’s suicide. I just completed the revised first draft and sent it to editors at a conference.

Or it could be just another lesson.

What I know for certain is that I couldn’t have written this manuscript without writing my first memoir exactly as I had. Not one word was wasted, even if the narrative arc needs adjustment.

Writing is a process made up of failures. Projects that stall. Unsuccessful drafts. Rejections. Our job is to learn something from each one. As Abby Wambach said in her 2018 commencement speech for Barnard College, “failure is the highest octane fuel your life can run on.” Each draft teaches us something about finding our voice, the power of perseverance, and how to peel back the layers of meaning in our work. Our job is to pause, celebrate our efforts, and find those valuable lessons, having faith that each failure brings us closer to success.

In a few weeks, I’ll receive feedback on my latest manuscript, brush a few books and papers off my desk (or maybe not) and begin the long slog of revision. As I do, I’ll enlist a kinder, gentler version of my killer clown (think less Pennywise, more whimsy) to remind myself that the process is all that matters. Failure just signals our projects can ascend to higher levels.

Lisa Ellison is a writer, editor, and writing coach and member of the Moving Forewords Memoir Collective. Her essays have been published or are forthcoming in The New Guard Review, The Kenyon Review, The Guardian, and The Rumpus, among others. She’s currently working on a memoir about how traveling with a heavy metal band into post-Bosnian-War Yugoslavia helped her survive her brother’s suicide. To learn more about Lisa’s work and writing, check out her website or follow her on Twitter @LisaEllisonsPen.

You are currently browsing entries tagged with killer clowns at BREVITY's Nonfiction Blog.