The Upholsterer’s Wife: An Unburdening 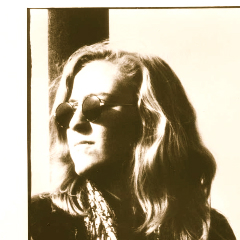 Lily White, author of “The Upholsterer’s Wife” in Brevity 35, offers up her thoughts on the essay’s source:

Some of my memories have been recounted so often that they take on a life of their own. They evolve through the telling into something very different from their original form.  These memories have already been given a place in my life, and remain at the back of my mind like a pair of well-worn shoes.  They are scuffed yet comfortable and loaded with the meaning I have assigned them.  They make up what I consider me.

Other memories elude categorization.  They emerge fully-formed like a large bit of food that, having been stuck between the teeth for days, is suddenly dislodged by a toothpick.  They are the most surprising and unique both in their appearance and flavor. It was one of these memories that inspired “The Upholsterer’s Wife.”

It was a confession of sorts. My father had reached the age where he wanted to unburden himself.  I suppose he thought that I was old enough now to know all of the lurid details of his scandalous behavior.  He wasn’t interested in whether or not I wanted to know them.   Like an unwilling witness to a gruesome auto accident, I listened.

I was incredulous. Wanting to escape, I cleared the dishes.  I turned on the water and thought about how to change the subject, but as he talked, the image of fluffy cotton came to me.  As I scraped food from the lunch plates, my annoyance turned to wonder as I recalled that day back in Illinois.  After he was through, I turned off the water and said, “Tell me, dad, was her husband an upholsterer?”

You are currently browsing entries tagged with Lily White at BREVITY's Nonfiction Blog.