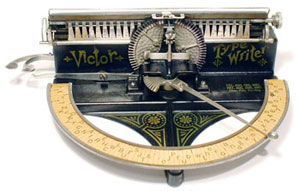 From the fine folks at RMP:

From February 15 through March 30, 2011, we will be actively seeking full-length hybrid and cross-genre manuscripts for consideration for publication in 2012. We are particularly interested in short short, flash, and micro-fiction; prose poetry, novels-in-verse or book-length linked narrative poems; flash nonfiction or book-length memoirs in shorts; and other literary works that move beyond traditional genres to find new forms of expression.  We welcome submissions in all styles and on all subjects, and encourage a broad and expansive interpretation of hybridity.

Please email your manuscript of 48 pages or more—double-spaced for prose, single-spaced for poetry (or both, if it’s mixed)—between February 15 and March 30 with a $10 reading fee paid via our website (the payment button will appear when the reading period opens). Please also include an acknowledgments page of where individual pieces have been published, if applicable, as well as a brief author biography. We welcome submissions from outside of the U.S. and Canada, and ask that interested submitters from outside the U.S. and Canada simply use the “Donate” button on the Support RMP page to pay their fee. If you have questions, please don’t hesitate to email us.

Those of you who write brief prose:

During the submission period, email your 25–40 page double-spaced manuscript of short short stories under 1,000 words each to rosemetalpress@gmail.com either as Word docs or rtf files. Individual stories may have appeared in journals or anthologies, but collections as a whole must be previously unpublished. Please accompany your entry with the $10 reading fee, either via the payment button on the website or by check.

Writers of both fiction and nonfiction are encouraged to enter, and the contest is open to short shorts on all subjects and in all styles.  Previous contest winners include How Some People Like Their Eggs by Sean Lovelace (selected by Sherrie Flick) and We Know What We Are by Mary Hamilton (selected by Brevity editor Dinty W. Moore).

Winner and finalists will be announced by February 2011. The winning chapbook will be published in July 2011 in a limited edition of 300 copies, with an introduction by the contest judge.

Written by Mary Hamilton and selected by contest judge (and Brevity editor) Dinty W. Moore, WE KNOW WHAT WE ARE is a collection of 13 flash fictions in which worlds are made, torn apart, drowned. The stories go small: a girl ties a ribbon on a present. The stories go big: a war is raged against the evening sky. The characters in these short short fictions find themselves in less-than-desirable circumstances. They know their plights. They acknowledge their situations. They give in. They overcome. They daydream a world where everything will be all right.

“The concise stories in this dynamic collection are bursting with moments of stark urgency and unexpected humor, with imagery that moves seamlessly from the bizarre to the oddly familiar, and situations that shift from the ludicrous to the undeniably sad,” writes Moore in his introduction to the book.

WE KNOW WHAT WE ARE features two-color letterpressed covers, printed by hand on a Vandercook press at The Museum of Printing in North Andover, Massachusetts. The chapbook has been produced in a limited run of just 300 copies.

Novelist and memoirist Dani Shapiro has an interesting take on aspiring writers (and how the younger among us may hold false expectations) in an LA Times essay, A Writing Career Becomes Harder to Scale.

Her argument is linked to the idea that large publishers have no time for or interest in mid-list writers any more, though frankly we think that argument is getting fairly old. Great new presses like Dzanc and Rose Metal are picking up the slack  and newer presses seem to pop up every week (albeit, with limited money for advances.)

So, is it harder now?  We’ll let Shapiro have her say:

The 5,000 students graduating each year from creative writing programs (not to mention the thousands more who attend literary festivals and conferences) do not include insecurity, rejection and disappointment in their plans. I see it in their faces: the almost evangelical belief in the possibility of the instant score. And why not? They are, after all, the product of a moment that doesn’t reward persistence, that doesn’t see the value in delaying recognition, that doesn’t trust in the process but only the outcome. As an acquaintance recently said to me: “So many crappy novels get published. Why not mine?”

The emphasis is on publishing, not on creating. On being a writer, not on writing itself. The publishing industry — always the nerdy distant cousin of the rest of media — has the same blockbuster-or-bust mentality of television networks and movie studios. There now exist only two possibilities: immediate and large-scale success, or none at all. There is no time to write in the cold, much less for 10 years.