Out of Bounds: The Origin of An Essay 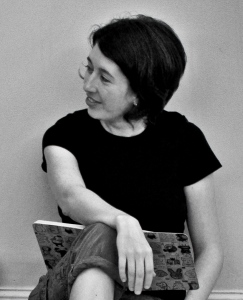 Randon Billings Noble discusses the origins of her Brevity essay, “The Heart as a Torn Muscle””

Sometimes when people read an essay or a memoir they think they know more about the writer’s life than they actually do. They might speculate or wonder, or, if given the chance, ask the writer something that falls outside the boundaries of what was written and shared. But there’s a firm line between what is written and what is lived. Sometimes the best response to these speculations is to tell another story.

When my NYT Modern Love piece “War Weary from a Dangerous Liaison” came out (an essay about how hard it was to tell my most significant ex-boyfriend that I had married someone else), a family member confronted my husband at a dinner party: “How do you feel about this?” she asked — but it was more of a disapproving challenge than a legitimate question. I was standing next to him, blushing hotly, ready to say something about boundaries (see above) when my husband, a prince among men, said, “Did you read the essay? Because she married me.”

Reader, I did marry him. And I am perpetually happily grateful I did.  Even when writing – or living – a piece like “The Heart as a Torn Muscle.”  Here’s a bit about how it came to be:

One hour into a ten-day residency at the glorious Virginia Center for the Creative Arts I pulled my back.  I was trying to move a gigantic desk closer to the window and just as that little voice inside my head was saying, This is a bad idea – you should ask for help, some small junction of nerves and tendons and muscles in my lower back torqued out of their usual groove and left me bent over at a 45-degree angle for two days.  I was barely able to make eye contact with my fellow residents at meals and was supremely grateful to an artist who not only gave me Advil but also drove to a drugstore four miles away to procure a heating pad.  By day three I was better – still sore but fairly upright – and after another 24 hours I was back to my usual self.

I had been sketching an essay about temptation and heartbreak and was thinking of structuring it as a timeline: How long does it take to get over a crush, especially a forbidden one?  What stages does one go through, what milestones does one pass?  Then I started to think about my back and how long it took to heal.  Could a heart heal in the same time span?  After doing some seemingly unrelated, very practical and non-literary research about ice packs and anti-inflammatories, I realized that the heart, too, a muscle.  And much of what I was reading about an actual torn muscle started to feel relevant to treating a metaphorically torn heart.  I took the structure from various medical advice sites and wrote from there.
___
Randon Billings Noble is an essayist. Her work has appeared in the Modern Love column of The New York Times; Brain, Child; The Millions; The Georgia Review; Shenandoah; The Rumpus; The Los Angeles Review of Books; Fourth Genre and elsewhere.  She is a nonfiction reader for r.kv.r.y quarterly and Reviews Editor at PANK.  You can read more of her work at www.randonbillingsnoble.com.

You are currently browsing entries tagged with VCCA at BREVITY's Nonfiction Blog.