To Be or Not To Be? Every. Single. Verb. 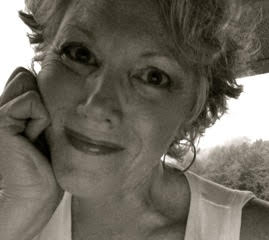 To clarify, I am not making an existential argument here. I am talking about the very survival of your darlings – those stories you pour yourself out for, at the keyboard or the typewriter. The ones you spill onto blue-lined notebook paper. You know, your heart on the page.

If your writing goes anything like mine, sometimes you create something that, no matter what you do, insists on lying there pale and wan, devoid of life. You dash water on its face, exhale powerfully into what you hope is its mouth, apply pressure to its heart, and still the danged thing refuses to thrive.

Case in point: I worked and worked for several months on an essay that read as sooooo boringggggg and flat, and it absolutely shouldn’t have, because it was about the amazing pilgrimage I made to Geneva to tour CERN, home of the Large Hadron Collider, where the God Particle (or Higgs boson) was discovered; where one hundred meters below ground particles hurtle toward each other at 99.999% of the speed of light, colliding and disintegrating into “generations” of other particles that thousands of scientists around the world track and study and then spin into ever more exotic theories about the universe and everything in it.

Really big stuff was happening! Why, then, was my writing so tepid?

I looked at the essay every way I knew, but I could not figure out what I was missing. I cut the pages into sections and taped the whole thing back together in several different forms. I wrote key sections on index cards, then shuffled and dealt them out onto the floor like a round of poker, trying to see if re-visioning the structure could give me a winning hand. I taped the entire essay up on my wall and used highlighters to color code scenes, characters, themes, taking careful notes as if I were a detective at the scene of a crime.

In desperation, I even broke up with it – “That’s it, you ass, we’re done” – only to come crawling back, lovesick and penitent.

But still the essay remained dull and lifeless and did not want to go anywhere. Apparently it just wanted to sit at home in its ratty underwear and never make anything of itself at all.

I finally had to admit, the essay was a bust. All writers know, hard as it is, sometimes you just have to let a thing go.

Then one day, after a long spell of “It’s not me, it’s you” distance, I picked up the piece again, began reading, and noticed something new, namely the embarrassing glut of “to be” verb forms on just the first page. The following pages revealed more of the same. How had I missed that?

Red-faced, I decided to sit down and make a list of every verb in the essay.

I also noticed a number of verbs in the passive voice, a sure action killer, as well as several distancing phrases like “seem to” and “try to” and “began to,” words that elongate the action and invite one’s attention to wander elsewhere (like maybe I should make tacos for dinner, and also I can’t wait to get back to watching the last few episodes of Stranger Things).

Curious to see if the verbs would show the bare bones of the narrative, I read the list of them straight through, out loud, as if I were reading a completed story. I hoped to get a feel for the action, its rise and fall, the intensity and the ebb, where energy surged and where it pulled back. The pulse, if you will.

And guess what? To my surprise, in this big story I was trying to tell, of a trip I had wanted to make for years, that I had felt profound butterflies-in-the-stomach anticipation about, nothing actually happened. Instead I had indulged in a lot of interior pondering, which is really not much help to a reader hungering to be told about the next interesting thing and the important thing after that and the really earthshaking thing that follows, and how the story ends, and how the way it ends makes the reader’s life just a tad more bearable or puts the reader back in touch with necessary feelings long buried, or causes the reader’s heart to leap with a thing very much like delight.

That is when I had to acknowledge the story I had been holding at arm’s length that is about so much more than a trip to a world-class particle physics laboratory where world-changing experiments take place. The story about the big questions I had brought with me, the ones I take everywhere – about meaning and despair, about loss and deep grief, about the pain that lives in my marrow. I had to confess my overuse of the “to be” verb forms as my way of freezing the action, of not going deeper, of avoiding my own struggles with Death – that of my sister, my son, my father, my mother – and Life – my profound loneliness as a sixty-something single woman and my complex emotions with regard to my aging body – and Spirit – the hard, embarrassing truth that I’m a formerly ordained pastor who’s utterly lost her faith but still hungers for evidence of Something or Someone.

I took the easy way, the path of least resistance, and sidestepped the real story that took place so many layers down, where the wounds of loss are still raw and seeping, and where too many doubts rattle their chains in the dark.

I’ve since gone back – not to CERN but to the memory of my journey there – and am now letting the full saga unfold, telling the truth about what collided and what collapsed, and about what hope looks like now. In revision I’ve taken those verbs and pushed the throttle to maximum power. Moving from static to fully accelerated, a brand new thing now churns, boils, sparks, and leaps off the page.

Rebecca Gummere’s work has appeared in the Christian Science Monitor, The Gettysburg Review, Alimentum, Crack the Spine, The Rumpus, and the New South Journal. She holds an MFA from Queens University of Charlotte and is currently at work on a book-length essay collection.

You are currently reading To Be or Not To Be? Every. Single. Verb. at BREVITY's Nonfiction Blog.