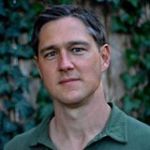 A few years ago, I talked my way into teaching a magazine writing course at a major university despite having almost no magazine experience. I focused on very short essays like the ones published by Brevity and introduced what seemed to me to be the major elements of the form, pointing to them in published work and asking students to include them in their own: a particular incident, context and backstory, one or two short scenes, and a short passage conveying the emotional importance of it all.

Anyone who’s taught or written a short essay knows the problems they encountered: finding a good incident, understanding the difference between scene and summary, and condensing backstory and context into a short paragraph.

But the biggest challenge they had was conveying the emotional importance of the story: why readers should care. I had expected this to be the easy part since I’ve always considered Whitman’s credo (“what I assume, you shall assume”) to mean that a story that is meaningful to one person will naturally connect with others as well. But that wasn’t the case. My students’ experiences were not only quotidian (everyone will experience love and loss) but also couched in the dull language of general experience. How do you tell someone their intense experience comes off as generic?

Instead, I showed them writing that conveyed emotion without naming it. A good example of this can be found in the recent Brevity essay “Meanness” by Beverly Donofrio. It begins with the writer remembering her mother crying over unpaid bills, tears that rise in intensity until she had worked “herself up like an opera singer.” And then we get this:

“…when her weeping petered out, I listened to the quiet of the ticking clock, watched her skirt swing as she stepped to the stove, and thought her beautiful as I hoped my brother Eddie wouldn’t wake up so I could be alone, like that, with her for a while.”

It’s a lovely image that actually creates an emotional response better than any statement of emotion could ever manage.

This advice may sound familiar. John Gardner, in The Art of Fiction: Notes on Craft for Young Writers, suggests this exercise: “Describe a barn as seen by a man whose son has just been killed in a war. Do not mention the son, war, or death. Do not mention the man who does the seeing.” In other words, don’t state the emotion. Convey it. This is what Donofrio does with “petered out” and the quiet of the ticking clock and swinging skirt: the silence after the aria.

Fiction writers do this all of the time. In The Great Gatsby, Tom Buchanan enters a room where the wind is whipping the curtains and the women’s dresses; then, when he shuts the door, everything sinks to the floor. We haven’t even seen the guy yet, and yet we feel his presence.

Justin Torres does something similar in We the Animals, a book that is ostensibly a work of fiction but shares many qualities with the essay form. In an early scene, the narrator and his two brothers sit at the kitchen table, hammering tomatoes:

“We had seen it on TV: a man with an untamed mustache and a mallet slaughtering vegetables, and people in clear plastic ponchos soaking up the mess, having the time of their lives. We aimed to smile like that. We felt the pop and smack of tomato guts exploding; the guts dripped down the walls and landed on our cheeks and foreheads and congealed in our hair. When we ran out of tomatoes, we went into the bathroom and pulled out tubes of our mother’s lotions from under the sink. We took off our raincoats and positioned ourselves so that when the mallet slammed down and forced out the white cream, it would get everywhere, the creases of our shut-tight eyes and the folds of our ears.”

As with Donofrio’s clock and skirt, images do the heavy lifting in this passage. But there is also a plain statement: “We aimed to smile like that.” It doesn’t name an emotion, but it gets awfully close, instead naming an intention to feel.

This is what I wanted my students to learn. In nonfiction, just as in fiction, specific details will put readers into the skin of characters on the page. But because essays are so brief, you cannot wait for readers to sink into the world you describe. You need a sentence like “We aimed to smile like that” or “I could be alone, like that, with her for a while” to pin the feeling you’ve created to a reader’s brain. Make readers ache, yes, but then tell them they need to remember that sensation long after they’ve left the essay behind.
__

Michael Noll is the author of The Writer’s Field Guide to the Craft of Fiction, the Program Director at the Writers’ League of Texas, and the editor of Read to Write Stories, where he posts writing exercises based on published work and interviews authors about the craft behind their novels, stories, and essays. His short stories have been published widely, including in The Best American Mystery Stories anthology.

You are currently reading Apply the (Perhaps) Most Famous Fiction Exercise of All Time to Your Essays at BREVITY's Nonfiction Blog.