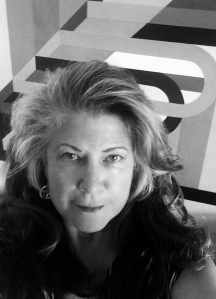 For many writers of a certain age, myself included, Allison K Williams’ recent Brevity blog, about the tremendous response to her tweet listing beloved authors whose first book was published post-40, struck a nerve.

…the overall response was one of relief.

Thank you, I needed that.

I needed to hear that today.

A lot of people are worried they might be too old, or not published enough (the paradox of not publishing until you’re published), or that being a writer is somehow a special condition and only certain people are allowed to contract it.

I appreciated the post as another voice in the lively conversation about ageism, sexism, racism and other biases in the publishing world. I earned an MFA in creative writing at 60 and published my first book at 61. By most any barometer, I am a late-blooming author. I have mixed emotions about the label. On the one hand, I’m proud I’m beginning to realize long-held dreams. Other times I’m defensive, apologetic, even ashamed. Why did it take me so long? Is it too little, too late? What was I doing that was so damned important all those years I wasn’t writing?

“Late bloomer” implies a judgment. We use it for children who reach developmental milestones—walking, talking, tying their shoes—later than their peers. In adolescence and adulthood, “late bloomer,” often with a sigh or a philosophic shrug, describes those who are floundering, who haven’t yet found themselves, their passion or their path. The late bloomer is failing to meet someone’s expectations, be they parents, teachers, a spouse or employer, or the standards within their field.

Is it the same with writers?

Why not drop the “late” and just use “bloomer” to describe writers who publish post-forty? Yet that stresses the absence of a word, rather than the word itself. Oh, I get it, they dropped the “late.”  If a plant-related reference is called for, I prefer perennial, as in enduring. Continually occurring. Better still, how about just “author”?

I’m betting many, if not most, authors labeled late bloomers have always written. We scribbled in journals or diaries, jotted poems in the margins of memos and reports. Sometimes there were long stretches when we only managed to write in our heads while commuting, pacing the floor with a colicky baby, or grocery shopping on the way home from work. We found little ways, palliatives, to keep the writing dream alive, fertilize our ideas while life took over and the urgent left little time for the important.

I’ve done no survey, scientific or otherwise, but it does seem that “late-blooming author” and “woman” often go together. Attend any writing conference or workshop and chances are a majority of the seats will be filled with women of a certain age, there to resuscitate dormant dreams and dusty manuscripts. A panel at the Hippocamp 2018 creative nonfiction conference in Lancaster, Pennsylvania, “Breaking Into Writing After Forty,” was comprised of five women writers (myself among them). Scanning the offerings at next year’s AWP Conference in Portland, five women are slated to present “Better Later? Success and the Late Blooming Woman Author.”

What is it with all these late-blooming women writers? I imagine many, like me, spent their young adulthood and middle age juggling careers, kids, relationships, housekeeping and the rest. Not that there aren’t many men who do the same, and thank goodness for that. But we are still nowhere near gender equality in sharing all family and household responsibilities. Hats off to my younger writing colleagues who manage to keep at their craft while their children are still young and their careers on the rise. I wasn’t able to find the bandwidth.

Is the male attorney or doctor publishing a first book post-forty considered a late-blooming author, or a professional who parlayed his accomplishments in one field into another? I challenge myself to see my own life’s trajectory in a similar light.

The time I’m now able to devote to writing is relatively new—post-retirement, post-parenting, past caring how my house looks and whether supper is on the table—but it’s not as if I wasn’t taking care of business all these years. Let’s give ourselves credit for all the lives we’ve led and the myriad ways they have informed and inspired us as writers.

It’s not as if we weren’t blooming all those years. We were flowering, nurturing and gathering memory seeds. With a lifetime of experience to tap into, it’s time to plant and feed those seeds, to write the life stories we’ve lived.

Dorothy Rice is the author of The Reluctant Artist (Shanti Arts, 2015), an art book/memoir about her dad, Joe Rice. She has placed two dozen personal essays in various journals and been nominated for a Pushcart Prize and Best of the Net. Her WIP is To Dye Or Not To Dye: a memoir of Ageism, Shame and Acceptance. Dorothy blogs at Gray is the New Black and tweets @dorothyrowena.

§ 54 Responses to Late Bloomers and Perennials

You are currently reading Late Bloomers and Perennials at BREVITY's Nonfiction Blog.