Rethinking Freewriting in the Age of COVID 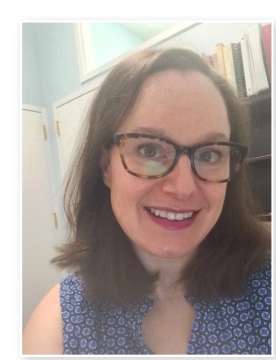 For years I’ve adhered to the Julia Cameron/Natalie Goldberg school of freewriting: at least thirty minutes, longhand, anything that comes into my mind, as soon as I wake up. This method has been tremendously fruitful for me in the past, especially when I’ve been blocked or don’t know how to fix an essay or chapter. When I let my mind wander for long enough, I uncover connections that I did not know were there or memories that had fallen out of my conscious mind. This kind of freewriting was a reliable first step in my writing process. From a parade of brightly colored Leuchtturm notebooks, I transcribed raw passages into Word. Many of these passages became the basis for published essays.

Lately, though, this method hasn’t been working for me. In part this is my fault: I’ve been furloughed from work for the past several months, and without a reason to wake up I’ve fallen into an ever-worsening cycle of staying up until 3 or 4 a.m. worrying about the world, sleeping until noon, and then napping again in the afternoon just to get out of my own head. The pandemic has exacerbated my depression-induced bad habits. I’m sure I’m not alone in this. As a consequence, though, mornings are out until I figure out how to break this cycle.

Certainly no one has to write during this time if they find they cannot or simply don’t want to. For those who do, I’ve found a way of generating material that has been working for me. In The Writer’s Process, Anne Janzer lays out her seven-step writing process. In her chapter on research, she describes the importance of “inner research” or “writing for discovery”: once the writer has assembled, compiled, and read over their research for a particular section, they put the notes aside to discover their own thoughts on the subject. I’m trained as an academic, so it’s especially important for me to step away from my formal research. Gathering information is easy for me, but my writing will not be interesting or creative unless I take the time to figure out what an event, memory, or theme in my own or someone else’s life really means.

To embark on this inner research, I follow Janzer’s instructions: I open up a blank Word document, save it as “random thoughts on [blank],” set a timer for thirty minutes, and brainstorm bullet points until the time is up. Rather than aimlessly jotting down anything and everything that pops into my head, which worked for my pre-COVID self, I focus my attention on one particular topic for the entire writing session (keeping in mind that if my thoughts head in unexpected directions, all the better). I even started this piece with a document titled “random thoughts on freewriting,” but I didn’t consciously understand how the waning efficacy of my previous practice was connected to quarantine until I sat down to write about it. The process of discovery still takes place through freewriting, but freewriting about something.

For the past several months, I’ve been trying to complete my book manuscript, a biography-in-essays of the White abolitionist and feminist Martha Schofield. Born and raised outside of Philadelphia, she spent over half a century teaching freed people in South Carolina, witnessing the racial violence of the Reconstruction and Jim Crow eras. This was the part of her life I was trying to tackle when protests and violent reprisals broke out across the country. It was impossible to ignore the resonance: I was a White woman trying to confront the reality of racial terrorism, in part by writing about another White woman who did the same. Was my brain, already frazzled by months of quarantine, up to the task? It certainly wouldn’t have been without this new strategy.

As I began to experiment with Janzer’s method, I first tried to address some of these big questions. What is witnessing? What is Whiteness? What is history? But I was unhappy and unfocused in these writing sessions, spinning my wheels in search of interesting thoughts. I’ve had more success in responding to something concrete—a book, a film, a specific event—anything that provides the “something coming in” that the stimulation of the outside world normally would. When I turned to more specific stimuli­—Citizen, I am Not Your Negro, an interview with Tomika Miller—I found that I was able to contend with these big questions more naturally—and more interestingly. Ultimately, I came to understand White people’s resistance to seeing themselves as part of history in a way that I do not think I would have without Janzer’s method.

I haven’t yet fully integrated these new observations into the manuscript, but I’m excited to see where my now slightly less random thoughts lead. If you are also struggling with creativity and generativity in this time, try tackling one small, concrete slice of your project this way. It might just help unblock you, and remind you that your brain is a pretty interesting place to be after all.

Christina Larocco is a writer and historian based in Philadelphia, where she is editor-in-chief of a scholarly journal. She is at work on two books: The Women’s Rights Movement since 1945, forthcoming from ABC-CLIO, and a hybrid memoir/biography about Martha Schofield. Her creative nonfiction has appeared in Feminine Collective, Avidly, Hotel Amerika, and elsewhere.

Tagged: freewriting, the artists way, writing down the bones

§ 16 Responses to Rethinking Freewriting in the Age of COVID

You are currently reading Rethinking Freewriting in the Age of COVID at BREVITY's Nonfiction Blog.