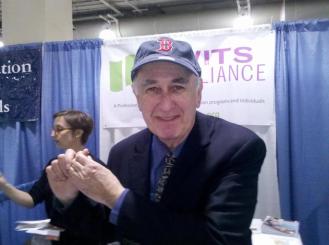 Last year, I wrote a post for Brevity about what I seek in Creative Nonfiction as the editor of New Ohio Review. It was 605 words, but it could have been three: Intensity, Ambivalence, Nostalgia.

Essentially, is there a conflict in the essay/memoir? Is there hard thinking and debate with oneself? And are there detail-rich descriptions that enliven a scene (potentially from 1986)?

I thought I’d been somewhat clever, laying out a writing schema that was not quite as general as a daily horoscope or as specific as an Ikea manual.

But it turns out that these three key concepts were only the product of cleverness inasmuch as they were basically cribbed from Phillip Lopate, one of my favorite writers, and New Ohio Review‘s 2017 Nonfiction Contest judge.

On intensity/conflict, he writes, “I was always waiting for life to become tragic, so that I would merely have to record it to become a powerful, universal writer,” and in that recognition of a desire for dramatic struggle, which he plays as partially naive, he reveals that it isn’t necessarily conflict that makes a good piece of nonfiction.

On ambivalence, he writes, “Personal essayists converse with the reader because they are already having dialogues and disputes with themselves,” and there he teaches me that self-debate helps us communicate; but at the same time, Lopate writes with absolute directness, refusing to dwell in any muddle. He’s not speaking from a place of ambivalence for the sake of it; the thing he’s chewing on is what’s important, not necessarily the mode of chewing.

On nostalgia, he writes, “One has to guard against the tendency to think of one’s youth as a time when the conversations were brighter, the friends truer, and the movies better.” With this, he would seem to pooh-pooh my suggestion that essayists should infuse their work with a sense of wonder about the past, and yet he consistently writes, in a lovely way, as though he were a documentary filmmaker of his own memory, even admitting that he occasionally felt like a cameraman when he was young: “I wanted life to have the economy and double meaning of art,” he admits. “But more often I simply felt torn by a harsh, banal pain that had no cinematic equivalent.”

Lopate’s work—searching, funny, and sometimes uncomfortable—stays in that space between artistry and banality, and because of that, we feel like we’re with a friend on his smartest day, a friend who, like us, doesn’t quite fit in.

“I believe in the aesthetically impure as an accurate reflection of reality,” he wrote in his book Getting Personal, and, as I look back at Lopate’s work I’m happy to go along with that idea, too. For this year.

But for all you Scorpios and Tauri out there in the Brevity community, maybe we should shoot for an impure reflection of something true, first and foremost?

If this sounds intriguing, please send New Ohio Review and Phillip Lopate your brightest impurities, your canniest reflections, your things-that-don’t-fit.

All submissions will be considered even if they don’t win, and the entry fee—$20—gets you a one-year subscription to the magazine. We’ve also got fiction and poetry contests, and we’re at https://newohioreview.submittable.com/submit

You are currently reading New Ohio Review Seeks Lopatian Essays for Annual Contest, While Wondering What That Means . . . at BREVITY's Nonfiction Blog.